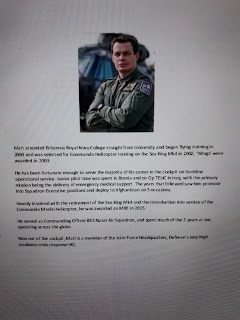 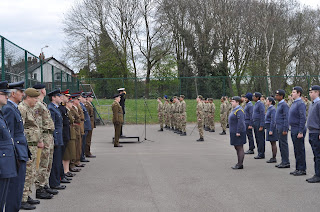 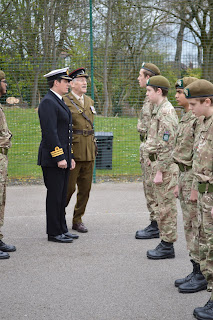 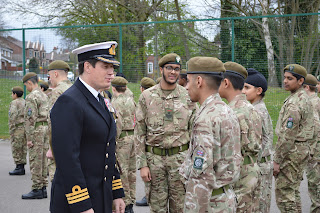 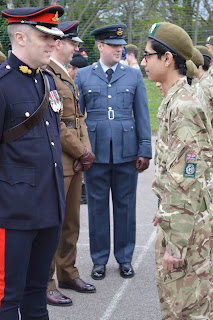 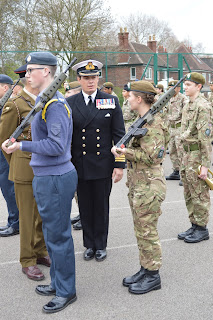 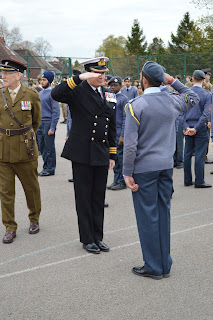 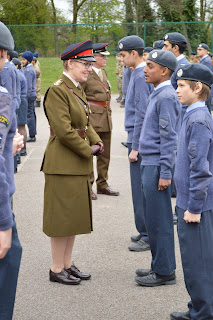 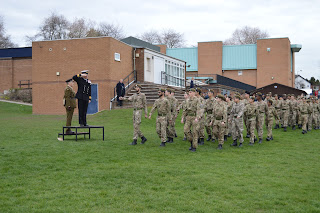 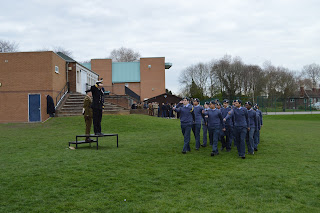 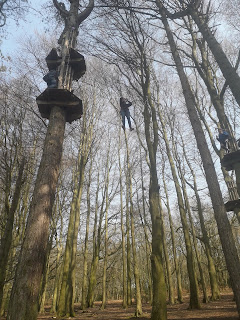 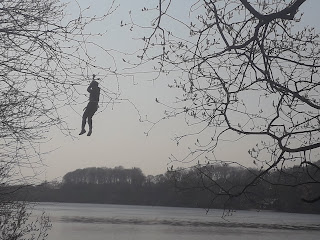 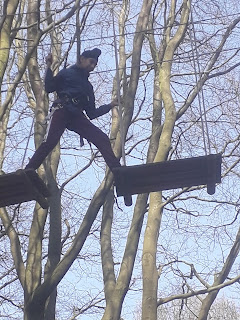 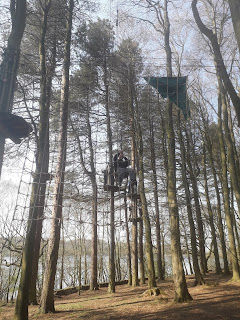 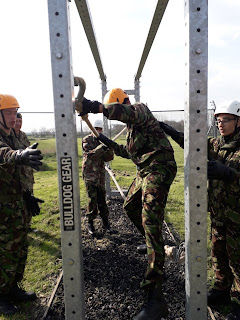 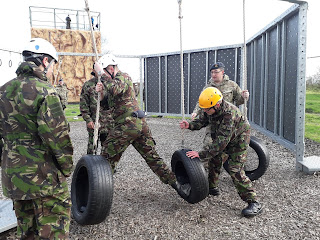 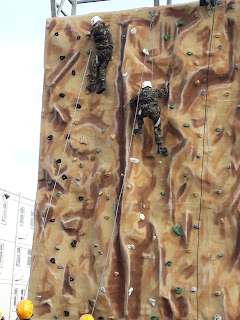 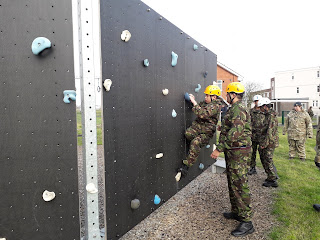 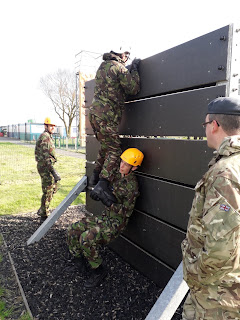 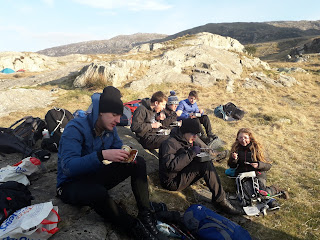 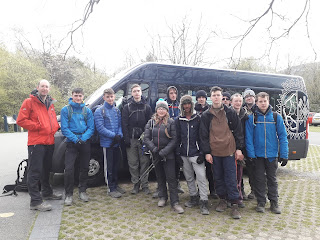 As we near the end of the two busiest terms of the Cadet Year, I feel that is it important to summarise the activities during those two terms.
Autumn:
The term began with the kitting out of the two recruit years - Year 9 & Year 12.  This was completed by the time Field Day 1 took place at Nesscliffe.

Following on very quickly were two Outward Bound WEs at Farchynys.  The first was to be the CO's last outing with cadets with Tryfan in mind.  Sadly injury to the CO prevented him from the attempt.


OB2 WE saw the party complete the precipitous sloped edge tour of the valley of Afon Cerist from the car park at the top of Ochr y Bwlch, over Maesglase and descent of the valley edge of Craig Maesglase - this is the area to the left of the main road as the minibus travels steeply up the gradient known as Dinas Mawddwy. Photographs below

Several AEF days were successfully carried out at Cosford until flying was curtailed by November darkness.

Remembrance Sunday: the Contingent was invited as usual, and this year made up its largest presence in Walsall's Cenotaph Parade ever.  Photographs below.


In November a new venture was tried out - a shooting training weekend named Crackshot Cosford was held over two days at RAF Cosford when a DCCT trainer and Range were used to improve cadets' marksmanship.  A Tactics WE was held at Swynnerton ATA, when senior cadets were put through several exercises to sharpen their Fieldcraft and leadership skills.

Just before the end of term the traditional "Arctic Warfare" WE took place at Farchynys, when the cadets took part in the usual Navigation and Command task WE.

The CO was invited to be the CCFA Dinner President in London where he delivered a speech on his personal experience of the CCF and how it had changed over the 30 years that he had been an officer with QMGS CCF.

Spring:
In the New Year, two WEs were spent at Farchynys training cadets in First Aid, leading to the basic qualification of 1st Aid at Work.
There was also a Signals Ex, .22 rifle range and Command Task exercises for recruits.

Once more AEF at Cosford started up again in February
Finally the cult weekend of CCCT - a Tactical Exercise without Troups or TEWT  Ex was carried out over the WE with leadership roles, and tasks being given out to participating cadets; a field recce of the "Battlefield" was undertaken.
Finally on Sunday morning a theoretical battle took place with cadets trying to make sense of and counter the "invasion" of Redland Forces over the battlefield.  The TEWT took place in the Coach House using field telephones and handicoms used to communicate between "HQ" and the "battlefield".

Another inaugural activity took place over the weekend of 15-17 March - that of a mini Air Squadron Trophy Competition, hosted by QMGS CCF, the competition was between Kings School Worcester, Monmouth School CCFs,  Q3 Academy, Barr Beacon CCF and two teams from QMGS.  KSW were the eventual winners with QMGS B a close second.  The aim of the Competition was to help CEP School CCFs with little experience of this Regional and National Competition for RAF Sections.  KSW & Monmouth were invited as RAF Sections who illustrate good practice.

A second Tactics WE took place over the same WE for the Army Section at Nesscliffe.  Where skills learned on Tactics 1 were built upon.

The Formal Parade has still to be staged on the final parade of term -  5 April from 16.00hrs.  The invited officer to inspect the Contingent and take the Salute during the March Past will be QM Old Boy, Commander Matthew J. Punch MBE RN.

The Formal Parade will be quickly followed by the departure to Inskip for the RAF Section's Annual Camp. This is closely followed by Adventurous Training in North Wales, when the party will attempt to complete the ascent of the Welsh 3000s over three days.

We have been fortunate to welcome two additions to the CFAV ranks in the Contingent since September.  Mr K Beveridge-Smith (former Cadet RSM and Captain of School) and Mr DC Jahn.  Both will start as Adult Instructors with a view to becoming Commissioned in the future.  2Lt RS Magee successfully passed his two year probation to become a full Lieutenant from 1 September 2018.  Several of the CFAVs took on courses to secure qualifications to extend and promote the Cadet Experience for our cadets.

I would like thank everyone for giving so much of their time to make this, so far, an exceptionally good year for the Contingent.